The Danbury Ice Arena Throws Its Hat Into The Entertainment Circle

14
May
Posted by Danbury Arena
Category:
No Comments 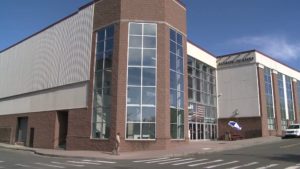 “Hailing from beautiful downtown Danbury, Connecticut, representatives from the new ownership group of the Danbury Ice Arena (DIA) took a few minutes to sit down with us to talk about the recent change in ownership at the DIA and, a change in direction too. Historically, the DIA (which is a twin ice surface arena) has been largely known for its outstanding hockey teams and hockey activities, however, as managing partners Chris Buonanno and Herm Sorcher tell us in the following video, there are plans to expand beyond hockey.”

Read the full article at beatosblog