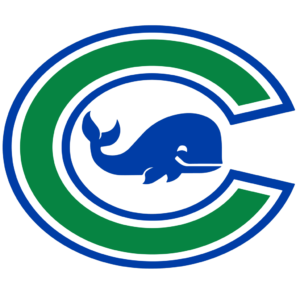 July 25, 2019 – In celebration of IIHF World Girls’ Hockey Weekend, the National Women’s Hockey League will launch its fifth season with the home openers of the Metropolitan Riveters and Connecticut Whale on Saturday, Oct. 5.

The games will be played after Try Hockey for Free clinics led by Junior Rangers Girls’ Hockey, the recently-announced initiative of the New York Rangers. After a Try Hockey for Free clinic at Danbury Arena at 11:40 a.m., the Connecticut Whale will host the Buffalo Beauts at 2:30 p.m. After a clinic at ProSkate Ice Arena in Monmouth Junction, N.J. at 1:30 p.m., the Riveters will host the Boston Pride at 4 p.m.

The clinics are just two of 13 Try Hockey for Free events on World Girls’ Hockey Weekend presented by Junior Rangers Girls’ Hockey for youngsters ages 11-14 across New York, New Jersey, Long Island and Connecticut. The series of one-hour events will be led by stars of the Metropolitan Riveters and Connecticut Whale, and other top women’s hockey players based in the New York tri-state area.

The complete schedule of clinics and coaches designated for each event will be made available by Junior Rangers Girls’ Hockey at a later date.

“The New York Rangers are a leader in the advancement of girls’ hockey, and the NWHL is proud to collaborate with them during IIHF World Girls’ Hockey Weekend,” said NWHL founder and commissioner Dani Rylan. “When you consider a schedule of 13 free clinics and two professional home openers on one weekend across the New York metropolitan area, that’s an incredible celebration of the players and game we all love.”

Ticket information for the NWHL games will be available in the coming weeks.

Established in 2015, the NWHL was the first professional women’s hockey league in North America to pay its players. The mission of the league is to fuel the continued growth of the sport and brand of pro women’s hockey. The league is made up of the Boston Pride, Buffalo Beauts, Connecticut Whale, Metropolitan Riveters, and Minnesota Whitecaps. Visit NWHL.zone and follow on Twitter and Facebook @NWHL and Instagram @NWHL.zone Contact: Chris Botta, NWHL – cbotta@nwhlhq.com